FINANCE
BEYOND
FACT
AND
FICTION

The project Finance Beyond Fact and Fiction consisted of a socio-anthropological exploration of processes of financial transformation in the post-2008 European Union. It consisted of three different but complementary research paths:

1. The inter-institutional articulations and collaborations conducted at the levels of supervision and regulation and with the aim of gathering and producing new types of knowledge – i.e. distinct from the hitherto dominant model-based approaches – for the oversight of financial organisations;

2. The growing level of politicization exemplified by emergent citizen movements striving to withdraw finance from strict technocratic control and inscribe it within contemporary political agendas; and

3. Financial artisanship and monetary pluralism, as testified to by new alternatives and experimentations aiming at socially re-embedding both money and finance.

All studies drew upon primary empirical evidence from not only state and market sources but also third sector fields in order to set out lay perspectives alongside those of official money producers and academic theorists and thus generate a better and more updated perception of the foundations of collective trust in money and finance – one that does not distinguish between official and alternative finance and makes recourse to neither the taken-for-granted character of technical facts nor the fictitious character of social conventions.
The general empirical context of the Finance Beyond Fact and Fiction project was, originally, the European Union in a time of uncertainty, beset by remarkable efforts towards financial reform as well as the sovereign debt crisis and ongoing austerity policies in a number of countries. The cases it dealt with led in different directions that, although still focusing on the EU context, shed light on global connections and interactions in digital finance, namely with tech hubs such as Oakland and Silicon Valley. The project's case studies were concerned with blockchain and cryptocurrencies, fintech, regulatory practices, market making and subversive economic and financial alternatives. The methods used were ethnographic and netnographic, including participant observation, interviews and document and bibliographic research.

The project was active between 2016 and 2019 and mobilized a multidisciplinary research team that unveiled new lines of inquiry. Some of these research agendas are now being expanded by some members, alongside the publication of important scientific outputs (see our Publications section). 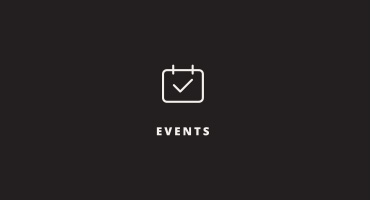 DOCTORAL THESIS BY SANDRA FAUSTINO
JAN | 19 | 2022
On 19 January 2022, Sandra Faustino defended her doctoral thesis entitled Tales from Decentralized Finance, in which she explores a series of new movements and projects woven around blockchain technology.

TALES OF TRANSFORMATION: THE POLITICS, MORALS AND TECHNOLOGIES OF CONTEMPORARY FINANCE
MAR | 19 | 2019
On 19 March 2019, the project organized its second and last international seminar, hosted by CSG/SOCIUS-ISEG in Lisbon.

SOCIAL STUDIES OF FINANCE GROUP MEETING IN THE UNIVERSITY OF EDINBURGH
MAY | 17 | 2018
In the upcoming 17th of May we will be joining the Social Studies of Finance group in the University of Edinburgh to talk about our research project and to present some of our collected data and preliminary conclusions.
READ